These 90s hairstyles are making a comeback!

Totally unbiased opinion here, but we believe the 90s were one of the best decades so far. From retro video games, television shows,movies, and even fashion, 90s nostalgia is at an all time high. The 90s wasnâ€™t just defined by dial up internet and political sex scandals, this decade brought with it classic tunes (Ice Ice Baby and Macarena to name a few) as well as the rise of boy and girl bands leading to lifelong crushes.Â

While those who grew up in the 90s may want to hide their family photo albums in shame of their blunder years, we're taking a different approach. Now that itâ€™s 2020 and weâ€™ve already given you a list of hair trends to come, we want to turn back the clock and celebrate our favourite 90s hairstyles. Some of these hairstyles are making a comeback while others are probably better left in the past...weâ€™ll let you make that decision yourself.Â

Oh, snap! Hereâ€™s a roundup of our favourite 90s hairstyles:


Remember when there was an optionÂ that mashed curly hair and straight hair into one?Â Yes, weâ€™re talking about crimped hair! Crimped hair was all the rage in the 80s and 90s. If you just had a flashback to Christina Aguileraâ€™s famously crimped hair with pink lowlights back in the day, youâ€™re a true 90s baby. And if you were serious about hair crimping then you likely bought a crimping iron to help you achieve the look fast. Many women, however, would simply braid their hair in small sections at night and then release the braids in the morning to achieve the crimped look. This hairstyle is slowly making a comeback with celebrities like Gigi Hadid and Anna Kendrick seen rocking this retro hairstyle. To modernize the look, try crimping your hair with a 3 barrel crimper for bigger waves.Â If youâ€™re looking for even more length and volume for your crimped look like Christinaâ€™s then try a set of hair extensions.

This look is easy to achieve for most hair types and strikes the balance of both cute and sexy. The look is defined by smooth straight hair but with a twist of dramatically flipped ends. The ends of a ponytail can also be flipped to achieve this retro look. In contrast, flipping your ends inwards can give you a softer look. Weâ€™ve seen a number of celebrities reviving the flipped ends look this past year. From Kim Kardashian to Sophie Turner, celebrities are embracing the look on the red carpet. All you need is a barrel brush and a blowdryer, pulling the hair down and outwards to achieve the flip effect.Â

90s yearbooks are full of the wispy updo hairstyle. This hairstyle has a lot going on, but essentially it is an updo with spiked tendrils fanned on top, giving an edgier vibe to aÂ classic updo. Hair tendrils are a key part of this look and the more the better! For a true 90s look, tightly twist back your bangs and add some small butterfly clips a la Alicia Silverstone in Clueless. Weâ€™re not sure if this look is going to make a comeback in itsÂ all its glory, but weâ€™ve seen celebrities embracing similar updos with tendrilsÂ and butterfly clips, so who knows what may happen!Â

The 90s haircuts that stood out to us from the golden decade.


Jennifer Aniston admits that she wasnâ€™t a fan of the signature â€œRachel haircutâ€� that Friends fans adored. Fun fact: the iconic cut was actually created by Anistonâ€™s hairstylist Chris McMillan by accident as a way to work around growing out her bangs. Aniston had this haircut in season one and season two of the hit show which led to many fans requesting â€œThe Rachelâ€� haircut in the 90s with clipped photos of Rachel to give to their stylists as inspiration. The infamous layered bob could be one of the most replicated haircuts of the 90s. This is certainly a face framing cut because of the shorter pieces of hair at the front which really highlight your face. You can even add a cool girl hair clip to complete the look like Rachel did.Â

This vintage look started even earlier than the 90s, but continued to be a go-to haircut in the 90s. Since the 90s, the feathered bang hasnâ€™t been seen much. These days those who rock feathered bangs do so with much less volume than weâ€™ve seen in the past. We can thank Tiffany Thiessen on Saved By the Bell for making her feathered bangs the envy of many during the 90s,Â but we totally get it, deciding to get bangs brings on a slew of emotions. If youâ€™re not ready to completely commit to bangs, thenÂ clip-in bangs can be a great alternative. To achieve the look, your hairstylist will cut your bangs against the part with a bunch of vertical cuts instead of horizontal cuts. After the cut your hairstylist will brush your bangs out with a blow dryer to add more volume right at the front.Â

We can thank Winona Ryder and Halle Berry for this haircut in the 90s which skyrocketed its popularity. Since the longer hair trend for women has been popular, any woman who dares to undergo a major chop stands out. This androgynous, badass look is liberating, since hairstyling is limited after taking the plunge and committing to this cut. The key to the perfect pixie cut is to first consult with your hairstylist to choose the right pixie cut for your face shape, and aÂ solid texturizing wax for styling. If you're on the fence about making the chop, not to worry -Â hair extensions can help get you through the hair growth phase should you change your mind.

The 90s brought some of the best in hair accessories and we want to remind you of themâ€”in fact, most of these are now trendier than ever!Â

These huge clips are probably still in your hair accessory lineup, as well as our beloved Rachel from Friends, wore these all throughout the 90s. While, we were never really ON A BREAK with these clips, these clips are wonderful for holding a ponytail, french twist, pineapple hairstyle and more. However, these days the claw clips are exclusively for keeping up messy hairstyles in the comfort of your own home,Â  especially during Netflix binges or while applying makeup. The simplicity of the claw clip in a complicated modern world is totally attractiveâ€”a quick clip into your hair and even the longest, and thickest hair will be tamed.Â

Making a comeback this year are snap clips, or rather hair clips in general. While, weâ€™re pretty sure this hair accessory trend never completely disappeared (children have worn them for years), adults have decided to embrace them once again.These clips are a godsend for keeping your hair out of your face, whether you decide to wear one clip or go a little crazy and use a bunch to tame all of your flyaways. Another benefit of these clips is that they range from more simple styles to fancier bedazzled ones which means they still look cute and wonâ€™t ruin a fancier outfit. Experimenting with snap clip barrettes can be a lot of fun. You can wear them on one side of your head or even both. And donâ€™t feel like you have to play it safe-- you can totally wear multiple clips to give yourself some super cool looks.Â

Bandana headband, embellished headband, hair comb headband...the list goes on. If we take a look back, headbands (in some form) have been worn through-out history. The 90s had just about every headband that we could think of. In 2020, the modern padded headband is making a serious comeback. These headbands are simply regular headbands except with padding inside which gives a have a few extra inches of headband volume. From the runway to the closets of regular women, these chic headbands are everything! Even politicians like Hilary Clinton are wearing them. Along with our favourite royals like the Duchess of Cambridge, Kate Middleton. From velvet padded headbands to padded headbands adorned with pearls, we love the look that these gorgeous headbands can give you.

When Carrie Bradshaw describes the scrunchie as unfashionable and painfully middle class in an episode of Sex and the City in the 90s, who could have known that these handy little hair ties would make a comeback two decades later? The debate is hot for whether a scrunchie is indeed a fashion faux pas and more appropriate for wear within the confinements of your home. However, nowadays weâ€™re seeing the scrunchie on the runaway and on the streets.Â

Weâ€™ve given you the best of the 90s with our roundup of hairstyles, haircuts and hair accessories. Celebrities are always drawing their hair inspiration from past decades and now you can too. Use this list to lean into thisÂ fashionableÂ decade and recreate some fun, retro looks.Â Who doesnâ€™t love a good throwback?

3 Unique Half Up Hairstyles 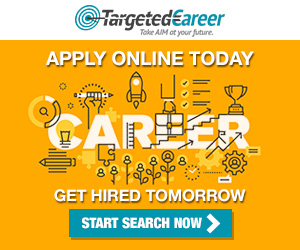